How was the Speed of Champion in Maps – Path of Exile

I was going to be playing with one other player for a majority. He was going to go Ascendant support. I would level with sunder and he would level with FB totems. We would both swap when we could get the wanding gear and regrets to respec – should be around the time we got to somewhere between blood aqueducts leveling or T3 maps. 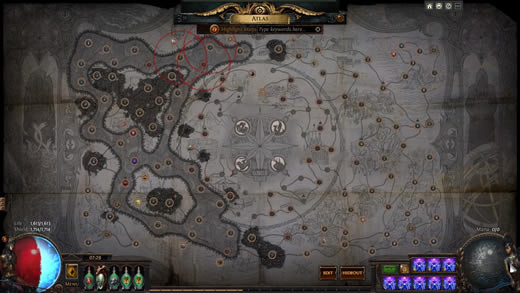 Day One – A Stroke of Luck
Leveling was going pretty smoothly for a two man group considering that I had to do most of the damage to carry my support through the acts just because of how totems compare to sunder. Around the middle of Act V we dropped an exalt from a unique arcanist box which we immediately traded for a Tabula. We then dropped another exalt in act 7 and got another unique arcanist box which dropped yet another exalt. In act 8 we found a thief’s torment from cadiro and we managed to scrounge up the 1.2k coins to buy it. Then while leveling in blood aqueducts we dropped a fourth exalt from a breach. All of these where traded for the first Piscators that appeared on the market.

Day Two – More luck
While progressing the atlas we spawned an Abyssal Depths in what I think was a T5 map and we spawned a Lich AND it dropped a Shroud of the Lightless the first one on the server. It was around this time I decided I would start streaming for my own enjoyment.

Almost an hour later while working towards getting our initial shaper orbs and pushing the atlas more farming T9′s we dropped a soul taker from a breach . At this point I wasnt sure which chest I should use wanting to be tanky and not having a need for a 6 link I commented on how a Kaom’s would be pretty good and at the time they where 80c and our soultaker high rolled so we sold that off for a Kaom’s .

Day Three – Hunting Heads
With our luck and knowledge of early economy we pushed hard to try to take advantage of our early lead and finish out our Doctor set before exalts got too expensive thus making the cards more expensive. Through the strategy mentioned in the second day and the help from one of our friends that wasn’t racing but wanted to help with the selling so we could have less downtime from mapping. We managed to get the rest of the Doctor cards and get the headhunter.

Day Four – Progression and Perseverance
We spent a good amount of time getting our atlas setup for shaped waste pool with an elder ring. We had a pretty good elder spawn on Snaps atlas so setting up the ring only took one hour.

We had been awake for about 13 hours and snap put in a reflect map that I killed myself too at level 95 and then again after I leveled to 96. Unfortunate but up until this point he had been rolling the maps correctly, its bound to happen and I hold nothing against him.

Day Five – Level 99 and Beachheads
More grinding and more pushing mindlessly for hours with our new group we were getting really good xp at our levels so i was pretty happy with the new group and they were all pretty good guys. Nobody being weird about loot splitting or how the group was setup and all good players. I could not complain.

Unfortunately sometime during the day the The_Speed’s computer had, had enough. After crashing multiple times I want to think not really being able to handle Headhunter. Multiple deaths later he decided that he was done and that he didn’t want to keep playing on his pc. He had the estuary setup though so we just had to change someone elses atlas for estuary and it was all good.

Day 6 – Level 100
Another few hours of grinding and running circles around belfry was all i would need to finish off my level 100. After finding a support to party with because mine was asleep at the time we ran belfry/waste pool’s for another 5 hours and I finished off my level 100. Also, a easy way for you to gain poe currency fast is to poe currency buy on U4GM. If you want to buy cheapest currency, just make sure to spare some time to join in our site.