How to Get a Wild Hunter in “MapleStory” 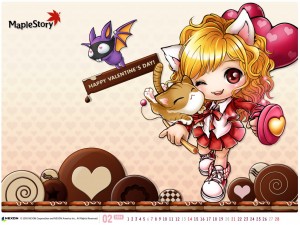 Among all of the classes available to “MapleStory” players, none are more effective than Wild Hunters when taking on “mobs” — large groups of enemies around the same level and often of the same species. Since most income comes from maplestory mesos that can be harvested from vanquished enemies and from the rare equipment that appears occasionally upon their defeat, Wild Hunters are natural money-makers. Killing multiple opponents simultaneously accumulates even with modest rewards and the chances also increase or finding valuable items when more are killed at once.

Travel to Singing Mushroom Forest, Cursed Forest, and Kerning Square between the levels of 10 and 40 to find easily defeated opponents who stay in groups. Blue Mushrooms, Zombie Mushrooms, Rotting Skeletons, and Mango and Melon Bubble Tea creatures are all susceptible to Wild Hunters due to their slow movement speed. Triple Shot and XBow Booster are both attacks that hit multiple opponents, so using them in quick succession often wipes out an entire mob relatively quickly.

Battle enemies in the higher levels of Kerning Square, Zipangu and Malaysia between levels 40 through 80, particularly Paper Lantern Ghosts, Big Cloud Foxes, Water Goblins and Charmers. Bomb Shot, Mine and Swallow become available during these levels and increase your repertoire of attacks that hit multiple opponents.

Take on the monsters of Alcadno Research Institute, Herb Town and Singapore between levels 80 and 100, since many of the mobs, including Iron Mutae, Kru and Captain, as well as Selkie Jr. and Slimy. Your Wild Hunter can learn a number of “mob-busting” moves, namely 5-Shot, Crossroads, Trap, Silver Hawk and Claw Cut.

Seek out bosses on later levels to gain the most experience possible to continue leveling up, since regular enemies provide a minuscule percentage of experience at this point. Papulatus, Pianus and Zakum are suitable opponents for Wild Hunters, who have a high speed and range, and usually avoid damage when in parties with others since “Warrior” types are more likely to be up close. Moves like Jaguar Riding, Double Jump and Riding Master are especially valuable to add points to when leveling since they improve your mobility against bosses.